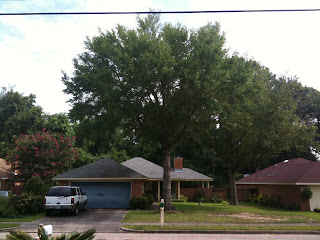 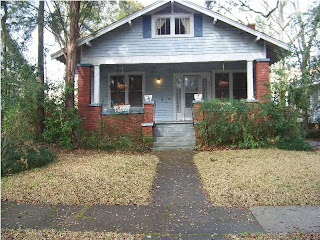 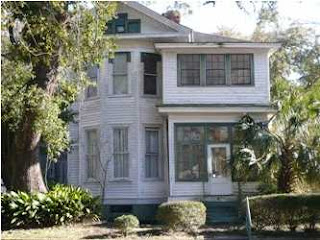 Sorry for the lack of postings. This is gonna be a long post just to catch you up but I promise shorter and more frequent ones in the future. It's been a real mind bender to get everything taken care of. We are looking for a house to buy if not rent and it has been a real pain. Mobile is kind of strange in the way that neighborhoods go; one street will be"Oh my GOSH!" and the very next "oh, my gosh." There are a few in Midtown that I really like but we find that they are real old and in need of repair or just to expensive. We did make an actual offer on a place in the Sky ranch area but declined for more money than what the house was worth. The search goes on... 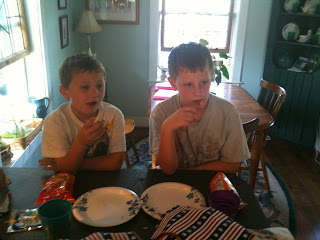 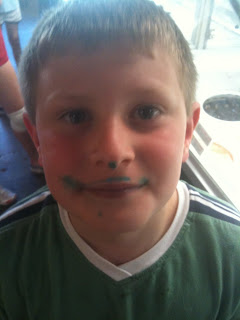 Miriam is doing well. She absolutely loves meeting new family and friends especially her age. Russell is doing well and getting an almost daily fix of Mario in some form or another. Aaron just finished up on his summer school. I have to say that I am really proud the way that he liked it and did so well. All of them play outside a lot and are golden brown with tans completed by bug bites. I remember playing that hard when I was a kid, err, back then. 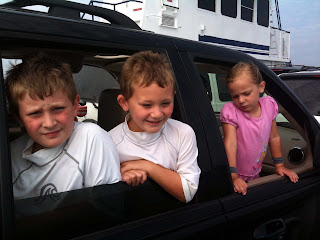 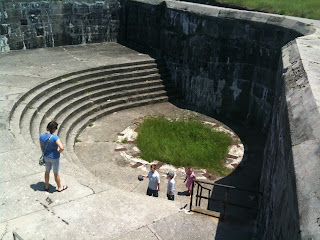 Kim took the first steps with enrolling back into school today. I am so proud of her! She has been WAY too stressed out as of late and this might be the thing to get her back on track with some real focus. So far, no word on work at the schools yet. I have faith that it will work out. 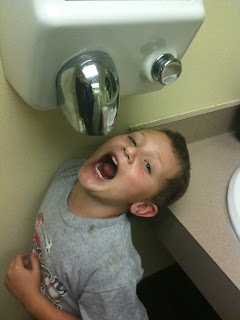 As for me, I have been pre-occupied with finding a house. My father-in-law and I had a pretty big blow out over something relatively inconsequential. I had seen this coming for a while and am not surprised that it happened when you live in such close quarters together. He regretted it and apologized for it later and I respect him more because of that. Sometimes it is good to get in a argument with someone that you are close to. We have a real understanding of each other and our relationship has never been better than before. It's comforting to know that I actually have a caring father-in-law like I do. 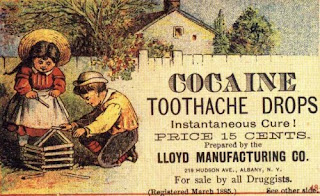 Other than house hunting and parenting, Kim and I are getting fat. Yes, we where on the health waggon but have since fallen off. Time to stop with the Cokes already. Besides, I have a major tooth ache and it's going to be a root canal or out right yank! good thing that it's just a wisdom tooth. Not so wise now hu? 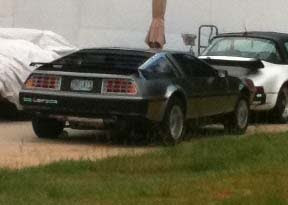