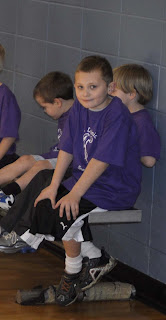 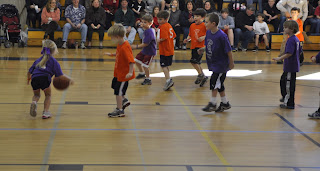 Russell was so excited because Sunday was his first Basketball game. SDS has a "Superstar" program that is about 2 months long. They practice and introduce Basketball skills to Kindergarten and 1st graders the first month and then they have three Sundays of games. Russell was just a ball of energy running up and down the court...forgetting everything he learned the Sundays before. I laughed so hard, not because he was funny looking but it was just so darn cute! 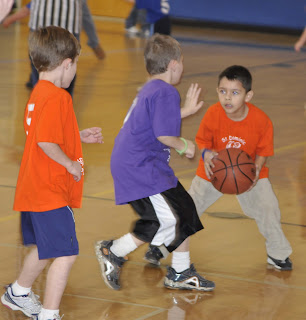 The kids on both teams wore wrist bands so that they would know who they were supposed to guard or mark. Russell, having missed the last practice where they explained that, really thought that the other team's matching wristband player was to pass the ball to him. He just could not understand why these boys, who were his friends, were not sharing and passing the ball to him. Jason and I tried to explain to Russell after the game but he just did not get why one friend would pass the ball and not the other. We decided to let the coach tell him next Sunday. 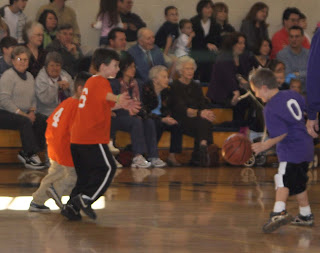 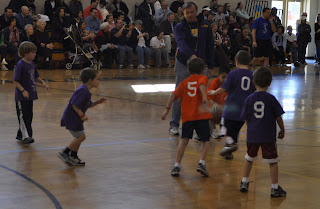